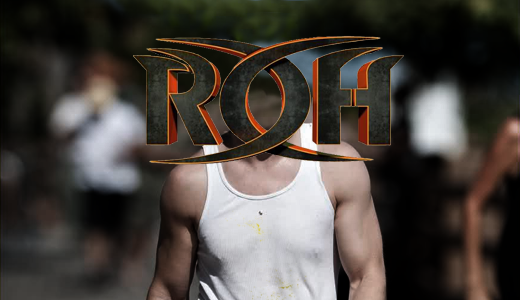 I'm done. I've had enough. After many, many months I'm finally leaving. Since April, I (as well as so many other fans) have been treated like crap. ROH's Showdown in the Sun shows were a disaster, and left many fans frustrated that their money had been wasted on an a weekend of great wrestling action that couldn't even be seen.

But, I stayed around. I ran into ROH's arms and pressed against their wife beater vest as they promised me that things would be different now that they'd gotten rid of GFL and gone in-house.

After Border Wars, I wrote an article on how ROH convinced me that they were a changed man, only to be slapped in the face again. Yes, Border Wars was disaster as well. The stream wouldn't start and I ended up missing over half of the show. In many ways, I should have seen it coming.

I kept my faith in ROH and stayed with them. Things were quiet for a few months, and I was even treated to free iPPV that went off without a hitch. ROH had learned its lesson it seemed. They had cleaned themselves up, taken off their wife beater and put on a respectable sweater. The pain went away.

Last months Boiling Point, also went by smoothly. So, by the time Death Before Dishonor X came around I really didn't have anything to worry about. But oh, it was just too good to be true. The shirt came flying off, revealing that dreaded wife beater underneath. After being promised that they had changed for the better, it was back to square one. It felt like a bigger heel turn than Hulk Hogan's at Bash at the Beach 1996. Once again, I'd wasted $15 on a PPV that I couldn't even watch.

No apologies, no updates, nothing. Instead, I was greeted with pictures of the show being posted on Facebook. It was almost as if was being taunted.

It doesn't matter what ROH says next, because I'm done. I've packed my bags and I'm going to Reseda, LA. That's where my money will be spent from now on.

Enough is enough. Until I see a change from ROH, I'm not going back. ROH is a changed man, and it's not a pretty sight. If ROH does ever come across in any way professional and respectable, I might just give him another chance. Until then though, I'll be spending my days on the Indie scene with Excalibur, Joey Ryan and the rest of them in Reseda.
Posted by Eddie at 08:01