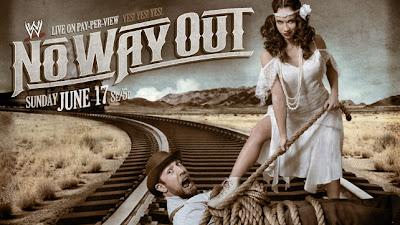 This show feels a lot like the last WWE PPV, Over The Limit. Last month's PPV was showcased with a decent undercard, and exiting World title match, and a brilliant match for the WWE championship. However, all of that was basically overshadowed by the travesty that was John Cena vs. John Laurinaitis.

Instead of getting the fantastic WWE title bout as the main event, we got one that consisted of the very unsurprising twist of Big Show knocking out the poster boy of the WWE.

Once again, this Cena/Big Show storyline is overshadowing everything else on the card, and I am fairly certain that tomorrow night we will see Big Show vs. John Cena as the main event.

Tuxedo Match
Santino Marella vs. Ricardo Rodriguez
Everyone knows that the US title should be used a lot better than it has been lately, but it has to be said that this feud (if you can even call it that) between Santino and Ricardo has been fun to watch.

The way I see it is this – Yes, the US title should be on someone more serious, and in a way that brings prestige to the title, but let's talk about that in the future and just enjoy this light hearted rivalry between the two comedy characters in the WWE.

The Tuxedo match should be funny, and hopefully doesn't drag on for too long. It's not as if this is a match that needs a lot of time or anything.

Divas Championship
Layla vs. Beth Phoenix
These two Divas had a solid bout last month at Over The Limit, and tonight they should put on another good match.

The feud has been lacklustre, and hasn't been given any time to develop into anything good, so it's no wonder that this upcoming match has been largely forgotten about.

Let's hope these two put on a match that people will remember for a while, because if any two Divas are capable of doping that, it's these two.

As for the winner though? It's hard to say. It's one of those things where creative are probably making up their mind right now as who they want to win this match. The feud has been so non-existent that they've given no indication as to who might win tonight.

Intercontinental Championship
Christian vs. Cody Rhodes
With a decent build-up and a cool video package that I mentioned in the Smackdown Review, this is now a match I'm really looking forward to. It's Cody Rhodes vs. Christian, the hungry up and comer vs. the veteran.

Expect a better match than their one at Over The Limit, as tonight's match has more of a back story and also should be given more time.

If they want to keep that prestige to the Intercontinental title, then it's best they don't give it to Rhodes again. After this, he deserves to be considered as a main event option, even if it's just for a while.

Steel Cage Match
John Cena vs. Big Show
This is a hard one to call, because no matter who gets fired, they won't really be fired. We know that at this stage they almost refuse to give Cena time off. In 2010, he was fired after losing to Wade Barrett, but was back almost instantly, running through the crowd, beating people up backstage, and all while wearing his kneed pads, with his music playing for him around the arena. Again, in 2011, after Cena lost to Punk at Money in the Bank, he was going to be fired the the night after on Raw. But, before Vinny Mac could fire him, he was fired by his son-in-law, and thus, Cena kept his job. If Cena loses tonight, it certainly doesn't mean that he'll be off television for no more than a week.

The same goes for Big Johnny, who as wormed his way out of every possible firing. If Big Show does lose, I'm sure they'll find a way to keep Big Johnny on WWE television, even if it creates a plot hole.

BUT, if I were to pick someone to win here tonight, it'd be John Cena. With his PPV record this year, I'm sure they'll consider giving him the victory here tonight.

No matter what happens though, neither man will really get the boot. And with Vince McMahon at ringside for the match, their will surely be another twist in this dire storyline.

World Heavyweight Championship
Sheamus vs. Dolph Ziggler
This is a match I am really looking forward to. With Del Rio out injured, this is Ziggler's time to shine once again.

Ziggler has already proven his worth, so I don't think a good performance here will convince creative to make him a permanent main eventer, but it should at least show them that he's a reliable person to book for situations like this in the future.

We know that the sudden introduction of Ziggler in this match means that he probably won't capture the gold, but what we do know is that these two men work well together, and so, should put on an entertaining bout.

WWE Championship
CM Punk vs. Daniel Bryan vs. Kane
While I didn't like the idea of bringing Kane into this feud at first, I've grown to enjoy his role in this crazy storyline.

This will of course be a good championship match, but the main talking point here is who AJ is going to side with. Will it be the guy that digs crazy chicks, CM Punk, the loveable jerk, Daniel Bryan, or the socially awkward around pretty ladies, Kane?

With AJ showing the most affection towards Punk and Kane, I'm going to go with Bryan here. Kane will be distracted by her beauty (or something), and just when Punk has Bryan ready for the GTS, AJ comes in with a distraction, costing him the WWE title.

I don't know if it'll play out like that exactly, but whatever happens tonight, I see Daniel Bryan capturing the WWE championship.